My summer internship at the Cornell Food and Brand Lab was definitely one of a kind. Dr. Brian Wansink has been my favorite researcher since the day I read his study on the Bottomless Soup Bowls (which, of course, was introduced by Dr. T in her Fiat Lux class!). With enough stalking, I found out that he’s the director of one of the most renowned food psychology labs in the states, and that the lab offers summer internships. I really wanted to do the internship so I was very, very excited when I got it, even if it meant that I had to take my finals during week 10 or at Cornell, and fly back and forth for commencement.

When I got to Cornell, I was very impressed with the campus. It’s huge and really, really pretty. There were gorges, waterfalls, hiking trails, and a botanical garden – all within the campus! When the interns got to meet each other, I was surprised to see that all of us were girls. We were from all walks of life; we represented a wide range of universities (Stanford, Johns Hopkins, Culinary Institute of America), places (London, Canada, MAURITIUS (like wow)), and fields of study (clinical psychologists, dietitians, nutritionists, etc.). Dr. Wansink came to our first meeting and he greeted us one by one very genuinely. We spent the entire day talking about our interests and goals, and it touched me how such a distinguished (and busy; he gets around 50 calls and 600 emails every day) professor took the time to really get to know his interns. He made a point to make sure that the internship would be beneficial for us in the future.

The thing I liked most about the internship was that it was catered to our own interests. Each of us had the freedom to pick three projects from a long list of things going on in the lab at the time. We got to pick one data project (collecting data from online surveys or national databases), one demonstration project (literature review), and one experimental project (designing and conducting experiments in lab or out in the field). We ranked our preferences and they assigned us to the projects tied to specific graduate students. If we were interested in other projects that we weren’t assigned to and felt like we had the time to do it, we were free to jump in and help out. There were also other projects offered to us along the way that we could take up. Here were the projects I worked on:

I’ll elaborate on the Kitchen Habits project because it was the one I spent most of my time on. The question was whether the items and habits we have and do in our kitchen have anything to do with how much we weigh. I worked closely with Dr. Wansink, and we wanted to look at seemingly random or subtle items and habits, such as the number of ice cube trays in people’s freezers, number of take-out menus on fridge doors, presence of a working dishwasher, use of music during meal preparation, etc. We designed an Mturk survey and ran it with 300 participants. Simple correlation and regression analyses were performed, and we found some pretty interesting results. People who had take-out food delivery menus on their fridge door and did not have a working dishwasher were more likely to have higher BMIs. A less obvious one was that people who had less than four burners on their stove tended to weigh more (we thought that it had something to do with low income and poverty level). Random ones were that those who used white lighting and had a pet dish in their kitchen had higher BMIs. Dr. Wansink is still in the process of reviewing the paper I wrote up (he’s on sabbatical), but he had mentioned the possibility of a publication, which is very exciting!

I’m still in touch with Dr. Wansink as I’m now creating infographics for some of his previous studies. We were once assigned to design conference posters for the lab, and my designs received positive feedback from him and the team, so he asked if I was willing to do some graphics for their newly published paper (50 Years of Fat, Wansink & Davis, 2015). It got a lot of media attention, and he asked if I’d be willing to continue making infographics for the lab. How could I say no – it’s the perfect combination of my interests in psychology and design. And I think that’s one of the biggest take-home points from this internship – to discover what I really enjoy doing.

To end, this internship was not just about academia. We usually only had meetings three times a week, so we had quite a bit of free time. We went for hikes, gorge-jumps, farm-stays, and hayrides, played golf (or more precisely, golf-cart rides), went to a drive-in movie, took a contra dance lesson, and attended pottery-making class, just to name a few things. We once went to NYC for a food waste field examination, and we had a lot of fun enjoying the city at night over pizza. We also got to know Dr. Wansink personally as he frequently invited us to his house for dinner, barbeques, and for the Fourth of July. We made friends and connections from all over the world and from various fields of study, and we gained memorable experiences we wouldn’t have traded for anything else.

At the end of the day, I am really glad to have applied for the internship because I gained so much experience and knowledge both in the field of study and about myself. I think what we can all learn from this is to keep looking for and taking up opportunities to challenge yourself: you’ll never know what those opportunities have in store for you.

This is a long read but if you got to this point and are interested in reading more about it, check out our intern website with all our experiences and pictures! http://hannahlloyd5.wix.com/cornellfbl2015 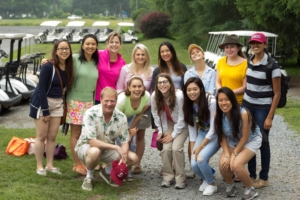 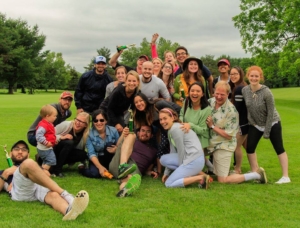 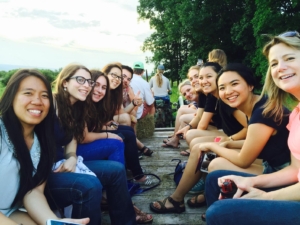