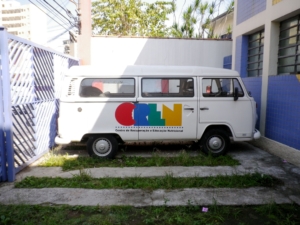 In late May, I went to Sao Paolo, Brazil, to learn about nutrition in Brazil. Sao Paolo, or Sampa as Brazilians call it, is a giant city rampant with crime and poverty – a city where the gap between the haves and the have-nots is very large. The wealthy travel in helicopters to avoid crime and Sampa’s hellish traffic. The poor, as I witnessed, lived in shantytowns throughout the city, where going hungry was commonplace.

In this environment, a miracle of a program called CREN (Centro de Recuperacao e Educacao Nutricional) works to help the poor become healthy and educated. It is a nutrition center that works to eradicate malnutrition among the poor. Psychologists, physicians, social workers, and teachers work together to bring malnourished children up to weight (and, ideally, height), and also work in concert with the Universidade de Federales de Sao Paolo to conduct research.

This is where Daniel Hoffman, current Chair of the Department of Nutritional Sciences at Rutgers University, brought me and eight undergraduate Nutrition students to experience and understand undernutrition. Dr. Hoffman conducted his dissertation at CREN and has been collaborating with them ever since.

The research at CREN is vitally important because the children at CREN are unique. Throughout the developed (and much of the developing) world, poverty usually leads to obesity. That is the case here, in the United States, where the poorest children are also the ones who weigh the most. However, the children at CREN experience the kind of devastating poverty that in fact leads to hunger, stunting, and malnutrition.

At CREN, the children are fed five times a day and are given an education. Social workers visit their homes to understand the family environment. In fact, much of the work that CREN does happens beyond its colorful gates. Several nutrition interventions have been successfully carried out in the poorest of the poor in the shantytowns. When I asked how they find and recruit their target participants, I learned that the staff work with the drug dealers to identify those most at-risk. In fact, the crack dealers filled the role of benevolent community leaders that provided structure and stability. With their relative wealth, they are often the ones who supply luxury goods like TVs and clothes to the citizens of the shantytowns. This uneasy partnership is one example of the difficulty of conducting work in a poor community.

I was so impressed and humbled by the people at CREN and their important work with these children. And, as you’ll see below, the kids are extremely cute. I will never forget this special trip to Brazil.

Below, see some pictures and descriptions of my experience. 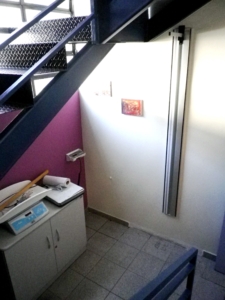 Just like universities in the States, every single spare bit of space is used. This area under the stairs is where the children are measured. Note the scale on the left which is used to weigh infants.

The kids were very welcoming when we barged into their classrooms! 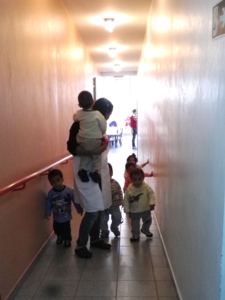 It was very strange to see such teeny children walking. It was because they look small because they are stunted, but are in fact old enough to walk. 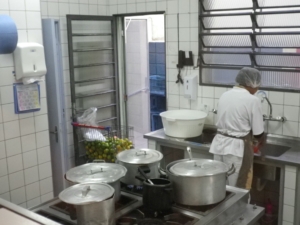 The staff prepare one of the many meals that the kids get to eat. 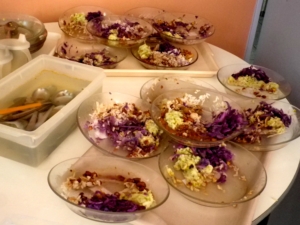 To accurately assess how much the children eat, the researchers take photographs of the food before and after they eat. 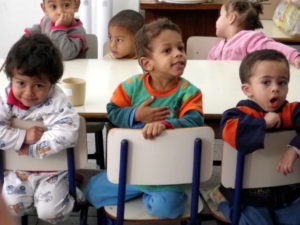 They went around and each told us their names. Our names sounded very funny to them! 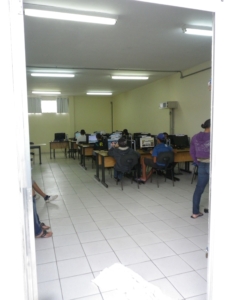 One of the CREN centers has a computer center thanks to a government grant. This space has become a hotspot in the community. 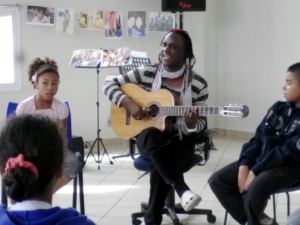 This teacher is a well-known producer who works with Brazilian pop stars – when he’s not leading these kids in song. 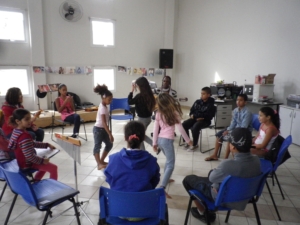 Three girls dance while the others sing and play instruments. 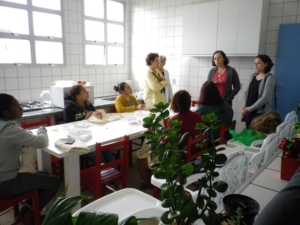 We observed a class for mothers of the children, where they learned to embroider bags and purses that they could later sell for additional income.

Nutrition education is a big part of the overall education that the children get. As you can see, this week they learned about arugula. 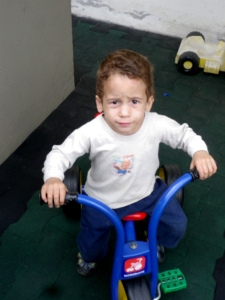 This little friend was over two years old, but due to malnutrition was still unable to walk and used this tricycle to scoot around. He came to CREN with a broken arm and injuries on his face because his mother had thrown him into his crib – one of many sad stories that the children carried with them. 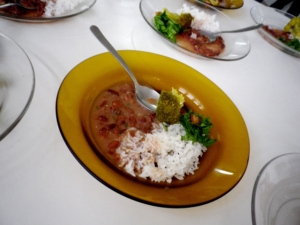 Nutritious and beyond delicious, as we found out when we sat down to eat with the children. 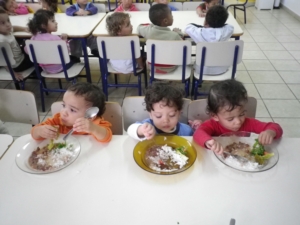 The kids who are able to feed themselves do, even if they’re using the wrong end of the spoon! 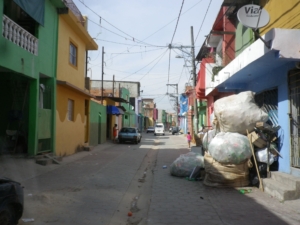 One of the nicer, more developed shantytowns. 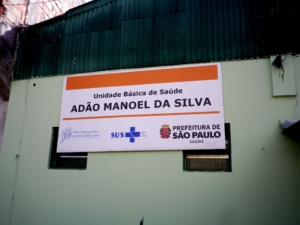 This clinic has four teams of four (physician, nurse, physician’s assistant, and social worker). With just these 16 people, the clinic manages to visit every single home in the shantytown to take care of medical needs. When babies are born, they get home visits from the team once a week. It’s hard to imagine that kind of medical coordination and infrastructure existing here in the United States, a first world country. The social workers are people who live in the community.

Neighborhood kids play with a kitten. 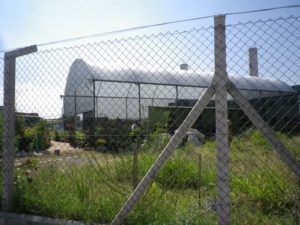 A community garden, newly built at the edge of the shantytown. 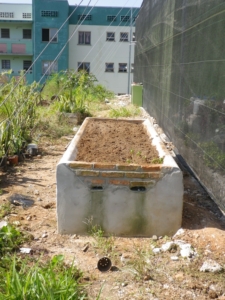 The vegetable garden is empty because a storm blew everything away, including the entire net structure in the picture above this one. 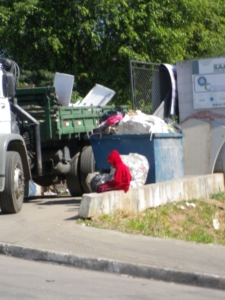 Despite the efforts of the government, community clinic, and CREN, homeless kids dot the streets.

The kids have a cooking lesson. On today’s menu – salad. First step: Hairnets and mugging for the camera. 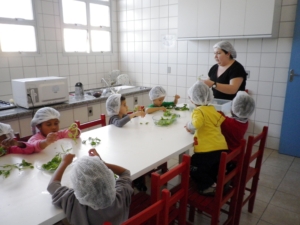 Next: Strip the leaves off of the stems. 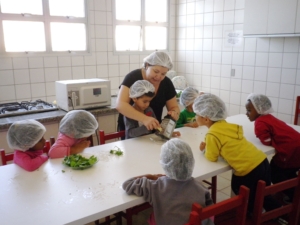 Then: Grate the radish. I could see U.S. parents making a fuss about the dangerousness of this. Compared to what these kids experience every day, the risk of a scraped finger seems minute. 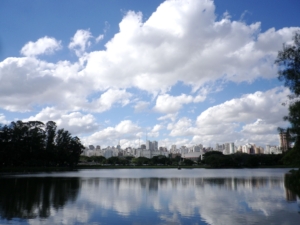 A beautiful view of Sampa that conceals all of the poverty it contains.

Walk it off!Measuring cholesterol with a digital camera
Scroll to top